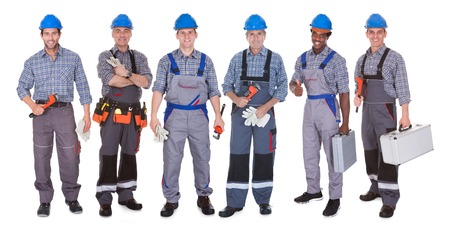 As Benjamin Franklin once said,

“An ounce of prevention is worth a pound of cure.”

I wonder if he was thinking of plumbing when he said that? As far as plumbing is concerned, everything is great – until it’s not. Generally speaking, good plumbing systems have checks in place to keep everything flowing the right way. But every mechanical part wears out at some point and when you’re talking water, valves, and pipes, when something wears out or breaks down, it makes for a bad day.
Here at Fite Plumbing, we like to prevent you from having those bad plumbing days. So that’s why we are here today to talk about part of a good system that you can monitor: backflow prevention.

Backflow is just what it says. Backflow is contaminated water that could come back into your clean water supply system. According to the American Backflow Prevention Association, there are two types of backflow:
Backpressure backflow – This is caused by downstream pressure that is greater than upstream pressure or supply pressure in a potable water system. For instance, if the municipality is flushing the water lines through hydrants, and the amount of water being used exceeds the amount of water being supplied, the non-potable water flows back into the clean water supply.
Backsiphonage – This is backflow that is caused by a vacuum. It is similar to drinking through a straw. The suction occurs when there is a stoppage of the water supply. This often happens when there is a break in the main supply pipe.
Problems don’t just happen between your main source of water and your system. There is always the potential of backflow problems any time there is a cross-connection between any clean water system and any other non-potable water system such as an auxiliary water system, a cooling system, or an irrigation system.

The backflow prevention device is a critical element in the system. The problem is that you don’t know there is a problem with it until it doesn’t work. Then you know it pretty quick – and in a big way. A way that disrupts your business and production.
Not only are the results of a faulty backflow prevention device a mess in your facility. The end result can be a costly expenditure to clean out a plumbing system that is flooded with contaminated water in addition to replacing the broken device. Depending on the backflow itself, it could be a bio-hazard as well. If that is the case, there could be additional clean-up and repair costs. The whole process could potentially close down your business for some time.

How to prevent an emergency

To prevent a sudden emergency and expenditures that exceed the cost of repairing or replacing the device, here at Fite Plumbing we recommend having backflow prevention devices tested at least annually. Make it a routine line item on your preventative maintenance checklist.
The backflow prevention devices have internal seals, springs, and moving parts that are subject to fouling, wear, or fatigue. In order to ascertain whether the devices are functioning properly, they must be tested with properly calibrated gauge equipment. Over many years Fite Plumbing has built an extensive supplier network. That means our plumbers cannot just identify faulty devices, but we can make the repairs or install a new device quickly and efficiently if needed.
There is no reason to leave your business vulnerable to a device failure. Stay ahead of any failures by contacting Fite Plumbing at 317-271-5400 to schedule a backflow prevention device inspection today – and plan for next year, too. 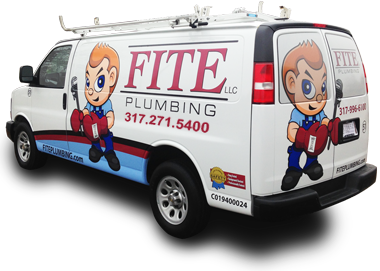